On the Commemoration of the Declaration of Martial Law

FERDINAND Marcos himself designated September 21, 1972 as the date for Presidential Proclamation 1081, declaring martial law. In previous days, he had set in motion the imposition of fascist dictatorship on the people, including the mobilization of his armed minions, the murder of a whistle blower in his own intelligence agency, the fake ambush on his defense secretary and the mass arrest of his opponents and critics. 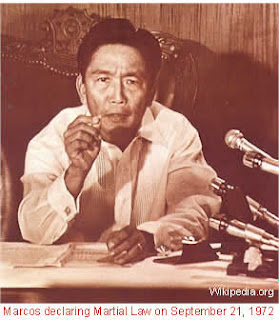 More than a year ago, he had staged the dress rehearsal for the declaration of martial law by proclaiming the suspension of the writ of habeas corpus on August 21, 1971 when without evidence he blamed the Communist Party of the Philippines and Benigno S. Aquino for the Plaza Miranda bombing immediately after it happened.

It is important to commemorate the declaration of martial law today in order to recall the 14-year long fascist dictatorship, the gross and systematic infliction of violence and suffering on the broad masses of the people and the steady growth of the resistance of the people and the revolutionary forces until there was a convergence of contradictory forces that effected the overthrow of the fascist dictator on February 25, 1986.


It is useful for the people to remember the fascist dictatorship not only because there is a need to draw up consciousness and courage to prevent the rise to power of the junior of Ferdinand Marcos and his other political heirs but also more urgently to struggle against the manifest plan of the son of Benigno Aquino to beef up the military, use his power to enlarge the wealth of his family and cronies and seek to destroy the revolutionary movement of the people.

Irony of ironies! The son of the underdog and outstanding murder victim of the Marcos fascist regime is practically aping the fascist dictator. Mr. Benigno S. Aquino III has declared that the Philippine population has doubled since the last time that Marcos beefed up the military and that by implication he must double the strength of the military. 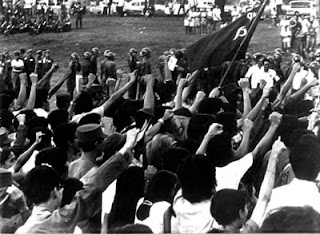 Unmindful of the severe economic economic and bankruptcy of the reactionary government, he has begun to increase the budget of the military by 81 per cent. He has also increased the budget of the DWSD by 123 per cent only because it is going to be the chief partner of the military in so-called base-denial operations and forcing the evacuation of the people from their homes and land. A huge part of the national budget is for debt service. The budgets for education, health and other necessary social services have been reduced.


The Aquino regime is hell-bent on following the US Counterinsurgency Guide and intends to use the USD 434 million windfall from the Millenium Challenge Corporation as complement of the peso budget for the military. It has continued Oplan Bantay Laya and the gross and systematic violations of human rights under the Arroyo regime. It has made its own five-year operational plan for one more futile scheme of atrocities to destroy the revolutionary movement. It has condoned the bloody crimes of the Arroyo regime and has kept hundreds of political prisoners, including Morong 43.

It looks like there is no end to the chain of rulers who serve US imperialism and the local exploiting classes of big compradors and landlords and who are exceedingly corrupt, brutal and mendacious. But let us remember that the New People’s Army had only 300 automatic rifles when Marcos falsely claimed that it had 10,000 rifles in justifying the declaration of martial law in 1972. At the fall of Marcos in 1986, the NPA had grown to 6000 automatic rifles and had gained a rural base of millions in all regions of the country, except the predominantly Moro provinces. 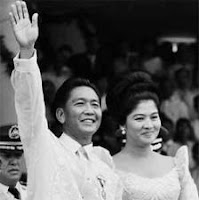 The armed revolutionary movement was a major force that caused the downfall of Marcos but it did not have enough armed strength yet in 1986 to overpower the reactionary state of big compradors and landlords. It is not true that it had 25,000 highpowered weapons. Moreover, certain ultra-Left and Rightist opportunist currents were already undermining the armed revolutionary movement in most of the 1980s and up to 1991, resulting mainly in the loss of substantial parts of the revolutionary mass base in the rural areas.

But the Communist Party of the Philippines launched the Second Great Rectification Movement in 1992. Since then, according to publications of the CPP, the armed revolutionary movement has been revitalized and grown in strength in an all-round way. However, it has not yet gained sufficient strength to overthrow the reactionary state or to compel the formation of a coalition government of national unity, democracy, social justice, development and peace against US imperialism and the worst forms of reaction. 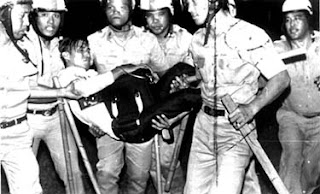 The CPP and the NPA have publicly announced that in the next years they will strive to advance from the stage of strategic defensive to that of strategic stalemate in the people’s war. This course of probability is well-founded because of the growing strength of the subjective forces of the revolution and the rapid deterioration of the long rotten ruling system of big compradors and landlords. As demonstrated in the 14-year long fascist dictatorship, the rule of open terror and unbridled greed can only drive the broad masses of the people to the road of armed revolution.

The revolutionary forces and the people can be expected to grow in strength through people’s war if Benigno Aquino III chooses to rule like Marcos or even like his mother, trying in vain to use military force to defeat the revolutionary forces and the people, instead of availing of the peace negotiations with the National Democratic Front of the Philippines in order to address the roots of the civil war and lay the ground for a just and lasting peace through basic social, economic and political reforms.###