FROM the year 2000 when 189 world leaders made pious pledges to reaffirm the principles and values of the UN for the new millennium and declared that the central challenge for the moment was "to ensure that globalization becomes a positive force for all the world's people."

In this connection, the UN promulgated eight Millennium Development Goals (MDGs), targeted for fulfillment by 2015. With barely 5 years left before the deadline and in the midst of the first global depression of the 21st century, world leaders are convening in New York to proclaim their continued commitment to pursue the MDGs while diverting people's attention away from the real roots of the problems that these goals are supposed to solve.

The MDGs were adopted ostensibly to marshal the efforts of governments towards "doable" and "measurable" targets. The real intent was to legitimize “neoliberalism” and make pretenses that the world capitalist system was humane even as the rapacity of imperialist exploitation and plunder remains the reality. The goals were deliberately chosen – principally by bureaucrats and spin-doctors from the OECD, IMF and WB – to deal superficially only with the most obvious symptoms of poverty and oppression which riled even the imperialist-funded NGOs and some rock stars.

They obscured the necessity of overcoming colonial and neocolonial domination and monopoly capitalist exploitation which have shackled the majority of the world's population to chronic poverty and dehumanizing privations. They brushed aside the long-standing demands of underdeveloped countries within the UN system to redress the unequal relations between countries and to respect national sovereignty and mutual benefit in international relations. They dismissed the demands for social justice and structural transformation voiced by people's movements in all continents.

Indeed, the Millennium Declaration and the MDGs were essentially propaganda offensives to push back the advance of the progressive forces against imperialist globalization. During the last decade of the previous millennium, such forces had been mounting increasingly militant actions in connection with the People's Conference against Imperialist Globalization in Manila in 1996, the People's Caravan Against APEC in 1997, and the Battle of Seattle in 1999.

Since their 2000 launch, the MDGs have been used to sugarcoat the bitter overdosages of “neoliberal” policy that the imperialist financial institutions have been shoving down the throats of people in the impoverished and bankrupt countries. The MDGs, thus, have served to perpetrate the exploitative relations between the imperialist powers and the client countries . The first goal, "eradicate extreme poverty and hunger", is farther from realization than ever, with the number of hungry people worldwide increasing from 842 million in 1990 to over 1 billion last year.


The aggravation of hunger is due to the tightened monopoly capitalist control of the global food system -- from production inputs, to credit, to marketing and distribution. This has deepened the long-standing crisis of agriculture and food production in underdeveloped countries. This is also rooted in the legacy of feudal land monopoly and compounded by governments that would rather support foreign agribusiness, mining and logging interests and landed elite interests than uplift the condition of the peasantry and poor consumers. 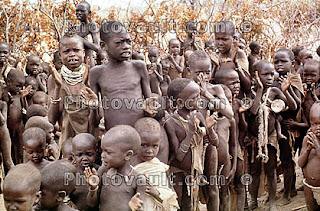 The UN claims that the MDG target of halving the number people living in extreme poverty is well on its way to being met. But this is mostly due to puffing up the aggregate figures with the reported rise in household incomes of a narrow section of the Chinese population. Concealed are the decline of employment and incomes among the workers and peasants and the reduction of social incomes in the form of public goods and services as a consequence of capitalist restructuring and the worsening global economic crisis.

In 2005, there were still supposedly about 1.4 billion people living below $1.25 per day, down from 1.8 billion in 1990. Without China, to which most of the reduction is ascribed, the number actually increased by 36 million. Rising food prices and the global economic crisis that erupted in 2008 is pushing millions more into absolute poverty. The share of the poor in the world's income is also declining. In 1990, the ratio of the per capita income in the richest 20 countries to that in the poorest 20 was $42 to one dollar; in 2005, it was $59 to one dollar.

The UN claims that universal primary education is on its way to being achieved. But nearly half of all secondary school-age children in developing countries are known to be out of school, especially those from impoverished families in remote rural areas where public schools, teachers and other basic social services are not provided by governments due to fiscal tightening or austerity imposed by imperialist financial institutions. Monopoly capitalists are also pushing for the privatization and commercialization of education in order to profit from building schools, charging fees and churning out students adapted to the needs of multinational corporations. 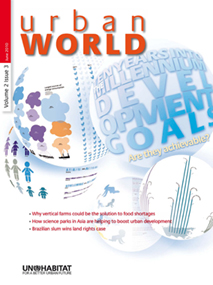 The UN admits to making little headway in redressing gender discrimination, whether this be in the realm of education, employment, incomes and most especially in terms of maternal health. As of 2005, a woman in the third world dies of complications related to pregnancy every minute while more than 1 million infants are left motherless every year. Some 8.8 million children under the age of five die every year -- 13 times more likely in poor countries compared to advanced capitalist countries.

Malnutrition and preventable diseases due to lack of access to health care, water and sanitation are the primary causes. As in the case of education, the priority given to servicing foreign debts and privatization has eroded most third world government's capacities to provide these basic services and deploy health personnel where they are needed most. Monopoly control of giant pharmaceutical companies over medicines, medical technologies and medical research, reinforced by so-called intellectual property rights protection provided to them by governments and the WTO, also undermine efforts at combating HIV/AIDS, malaria and other diseases that are rampant in poor countries, particularly in sub-Saharan Africa.

While the MDGs include environmental sustainability in the wishlist, the anarchic, wasteful and destructive capitalist production for profit has now pulled our world close to the brink of ecological disaster. The massive dumping of greenhouse gases (GHG) in the atmosphere by the operations of monopoly capitalist firms in the energy industries, manufacturing, transportation, industrial agriculture, mining, construction, etc., is now generating climatic changes that are causing massive devastation and loss of human lives around the world.

The relentless extraction of mineral ores and wanton destruction of forests by multinational mining corporations persist in the underdeveloped countries that are rich with natural resources. Massive environmental destruction and pollution, widespread landlessness and displacement, loss of livelihood, distortion of local culture, and rampant human rights violations are left in their wake.

Central to the MDG schema is the avowed obligation of the advanced capitalist countries to provide more development aid, debt relief, access to markets, medicines and new technology for the underdeveloped countries in the name of "global partnerships for development." But in fact, these are the very same instruments by which imperialists exploit and keep backward countries dependent. Debt relief and aid granted to the most indebted countries are a mere fraction of the resources siphoned off by monopoly capitalists from underdeveloped countries in the form of debt payments, unequal trade, profit remittances, tax evasion, capital flight, and resource plunder.

According to UN estimates, the underdeveloped countries are transferring resources to the industrialized countries at an average rate of nearly USD 500 billion per year since 2000, reaching a peak of USD 891 billion in 2008. Moreover, so-called development assistance remains attached to policy conditionalities such as liberalization, privatization and deregulation that favor monopoly capitalist interests over the requirements of real national development.

The MDGs are a grand and expensive distraction from the real effort to address the structural roots of poverty, injustice, oppression and underdevelopment. That is the struggle against imperialist exploitation and plunder through painstaking education, organizing and mobilization of the masses. This is the only path to national and social liberation and all-rounded development. ### http://www.josemariasison.org/