I wish to convey warmest greetings of solidarity to the League of Filipino Students (LFS) on the occasion of its 33rd founding anniversary. This is a time to renew your resolve to strengthen the LFS organizationally and politically, respond to the challenges posed by the worsening crisis of the ruling system and the world capitalist system and make greater contributions to the advance of the people's struggle for national democracy. 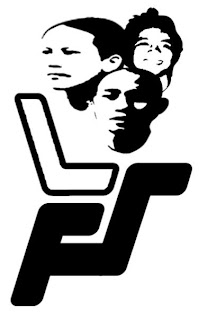 I welcome your thematic call: Mangahas, Magpalakas! Pag-aralan ang lipunan, magpalawak at lumaban! (Be daring, strengthen our ranks! Study the society, expand and fight!) I appreciate that you are emphasizing the need to strengthen your organization by accelerating the expansion and consolidation of membership. In this regard, let me share with you the experiences of Kabataang Makabayan in arousing, organizing and mobilizing the student masses in various universities, colleges and high schools.

In arousing the student masses, we engaged in propaganda and agitation on the basis of the KM Program of Action and the analysis of whichever concrete issue was raging. We issued and published manifestos or statements on the issue. We undertook meetings and buildup rallies on various campuses in order to discuss the issue and call on the students to participate in the forthcoming big mobilization of the masses.

In organizing the student masses, we urged the existing members of the KM to recruit rapidly more members from their classmates, friends and co-members in other campus organizations. Each KM member sought to brief and recruit at least five members within every three months. It was sufficient for an applicant or recruit to qualify and be sworn in as KM member by reading and accepting the KM Constitution and Program of Action.

The task of expansion was necessary before there could be any KM members to consolidate through political education higher than a basic understanding of the KM Constitution and Program of Action and through conscientious participation in the activities of the KM. All KM members were required to ventilate and spread the KM position on issues, recruit more members and call on the student masses to join the mass campaigns.

The more members the KM was able to recruit the greater was its capability to engage in bigger mass actions of high significance. The more outstanding was the role of the KM in the mass campaigns and big rallies the more they attracted students to become KM members and build or strengthen their KM chapters. By the time that the KM had at least 10,000 members in 1969, it was ready to become the spearhead of the First Quarter Storm of 1970 in the national capital region and in many provincial cities.

In mobilizing the student masses before and during the FQS, the KM typically used at least six major starting points in various parts of Metro Manila in order to rally the students and other youth and then march them to the central converging point, either in front of Congress, the US embassy or the presidential palace. Along the way the marchers called the attention of the people to the issue and urged them to join the march. Either the people joined the march or manifested their support by applauding the marchers and giving them food and water. 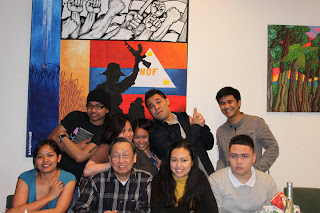 The League of Filipino Students is a mass organization and is committed to developing the mass movement along the line of the people's struggle for national freedom and democracy. It must always measure its level of achievement by counting the extent of its informative and educational materials and number of the participants in protest meetings, the number of members it has newly recruited and accumulated and the number of student masses it has attracted to the mass actions of the campaign.


The LFS is the largest and most militant student organization of the national democratic movement. It has been outstanding in taking a patriotic and progressive position on issues, in building an organization on a nationwide scale and in holding mass actions on student issues and participating in multisectoral mass actions. The most prominent of these mass actions resulted in the overthrow of the Marcos fascist dictatorship and the Estrada regime and frustrated the schemes of Ramos and Arroyo to amend the 1987 constitution in order to prolong their rule.

The mass campaigns to arouse and mobilize the students and the rest of the people are supposed to make the students more ready to join the LFS and should have stimulated solid mass organizing through the rapid recruitment of LFS members. But there have been obviously shortcomings in this regard. LFS has not been able to bring about and sustain a high level of membership that should be commensurate to the high prestige of the LFS and responsive to the well-recognized need for more members to carry out the gigantic tasks of the student movement.

Attention must be paid to the task of solid mass organizing. This means recruiting new members rapidly in the process of expansion on the basis of the LFS Constitution and Program and subsequently consolidating them through further political education. You must trust and rely on your members by giving full play to their initiative in recruiting new members. Without solid mass organizing at a rapid pace by the members themselves, the ability of a mass organization to hold large and significant mass actions is undermined and becomes diminished.

I hope that during your current anniversary celebration you can sum up your experience, take stock of your strengths, seek solutions to problems and lay down the tasks for bringing your current level of strength to a new and higher one within the next year and in further years. I urge you to pay serious attention to making an organization plan to accelerate recruitment and establish new chapters. Of course, you must co-relate such plan to your education and campaign plans.