Joma's Vignette of the Philippine Senate's Rejection of the US Bases

Recalling how the Philippine Senate got to vote on the resolution ending the U.S. Military Bases

MONTHS before the Philippine Senate vote on the resolution ending the US Military Bases on September 16, 1991,  Sen Wigberto Tanada and Ms. Maris Diokno came to converse with me and Louie Jakandoni about the prospects of GRP-NDFP peace negotiations and about what the NDFP could do to encourage the senators to vote for the resolution ending the US miklitary bases in the Philippines. 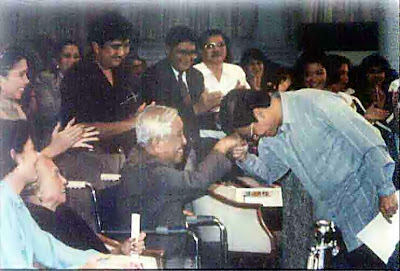 We agreed that Sen. Tanada would announce at the proper time  on the floor of the Senate before the vote on the aforesaid resolution the NDFP declaration of ceasefire and readiness to engage in peace negotiations with GRP upon the vote to terminate or not to extend the US-RP Military Bases Treaty.   When Sen. Tanada eventually made the announcement, the overwhelming of the senators roared in approval.

The NDFP declaration helped in keeping the majority of the senators for the resolution.  It served to remind everyone of the longrunning mass movement for the dismantling of the US military bases. It presaged The Hague Joint Declaration of the GRP and NDFP in 1992. The declaration established the framework for GRP-NDFP peace negotiations.

Louie and I met with Sen. Tanada and Maris Diokno at the premises of the Tricontinental Centre of the University of Louvain in Belgium, with Francois Houtart acting as the host and facilitator.