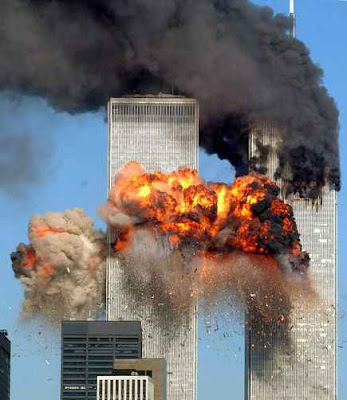 We, the International League of People's Struggle (ILPS). join the entire people of the world in commemorating the tenth anniversary of the September 11 terrorist attacks which claimed the lives of nearly 3,000 people in the United States. In no uncertain terms, we strongly condemn these horrendous attacks on civilians and al Qaeda as the self-admitted perpetrator. We stand in solidarity with all the victims, their families and the entire people in denouncing and opposing terrorism of whatever scale.

9/11 is a blowback on US imperialism. The US has long promoted Islamic fundamentalism as an ideological and political weapon against communism as well as against secular nationalism, especially since the Cold War. Al Qaeda emerged from the Islamic fundamentalists who were used by the US against the Soviet Union in Afghanistan but who subsequently became disgruntled with the US after Soviet occupation ended. It has vowed to combat the US and its imperialist allies for their policies and acts of plunder and aggression victimizing Islamic peoples and countries.

Instead of being remorseful for fostering Islamic fundamentalism and the ground for al Qaeda, the US has used the attacks on the Twin Towers in New York City and the Pentagon as pretext for terrorism on a far greater scale under the policy of "global war on terror". This has generated state terrorism and wars of aggression and had inflicted atrocities of monstrous proportions on peoples and countries worldwide. For the last ten years, we have witnessed the lopsided contest of two monstrosities, the mega-terrorism of the US and NATO powers and the mini-terrorism of al Qaeda. 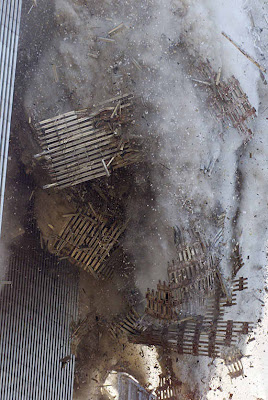 The US policy of " global war on terror", designed as a "perpetual" and "borderless" war, is in fact a global war of terror against the people of the world and against anti-imperialist and democratic forces. It has resulted in millions of civilian deaths and the destruction of social infrastructure. The US and its imperialist allies have seized 9/11 as the opportunity to justify and use wars of aggression and expansionism as a means to counter the ever-deepening crisis of monopoly capitalism.

9/11 has given rise to the doctrine of "pre-emptive first strike" used by the US to invade Afghanistan in 2001 and Iraq in 2002. It has been invoked by the US to declare countries like Iraq, Iran and North Korea as the "axis of evil"; and to vilify Libya (up to 2004), Syria and Cuba in the same vein. These countries have been in the crosshairs of the US military machine. They are the target of war threats and provocations, psychological warfare and special operations, vilification by the corporate mass media, political and diplomatic isolation, economic and trade sanctions.

The US has complemented its open wars of aggression with various forms of military intervention, including highprofile and low-profile killings of opponents in various countries, rendition and torture, the recruitment, training, arming and financing of puppet armed units and joint military operations with them. In connection with these, US Special Forces and CIA operatives are deployed in 120 countries and are carrying out a "special war".

The US imperialists have encroached on the territory of other countries and engaged in drone attacks on civilian populations as in Pakistan, the permanent stationing of US forces and covert US combat and related operations as in the Philippines and the opening of new US military bases, forward stations and other installations as in a number of countries in Central Asia, Latin America and elsewhere. The number and deployment of US Special Forces under the Joint Special Operations Command (JSOC) have increased significantly under the regime of Obama. 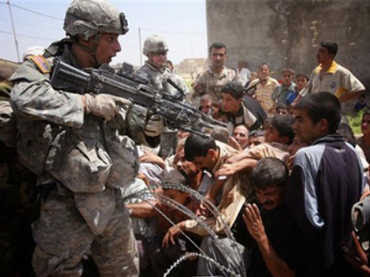 So-called anti-terror legislation such as the USA PATRIOT Act as well as the designation of groups and individuals as "foreign terrorists" has also followed the 9/11 attacks. The PATRIOT Act legitimizes violations of the rights and civil liberties of the American people. It allows limitless surveillance, warrantless arrests and indeterminate detention without charges in the name of security. Hard-won civil and political liberties and constitutional rights of the people long established in bourgeois jurisprudence are set aside or violated with impunity in the name of countering "terrorism". The PATRIOT Act has set the pattern for developing the legal infrastructure for fascism on a global scale.

Detention facilities similar to Guantanamo prison and Abu Ghraib have been established in many countries for detaining suspected terrorists and "unlawful combatants" of different nationalities indefinitely without charges. Torture and murder have been committed, especially in secret CIA prisons across the world. The US, with or without the connivance or consent of host governments, have carried out rendition operations in many parts of the world whereby alleged suspected terrorists are covertly abducted and brought to secret detention centers for interrogation, torture and indefinite detention.

National liberation movements, anti-imperialist leaders and even law-abiding Islamic organizations and charitable foundations have been designated as "terrorist" and subjected to political persecution, including arbitrary arrests, trumped-up charges, freezing of assets, denial of political refugee status and related protection and deprivation of social benefits, as well public defamation and incitement to violence on persons labeled as "terrorist". Under the aegis of the US-led war of terror, the United Nations, the International Criminal Court and the international monopoly media have been used as instruments and willing accomplices to justify wars of aggression and crimes against humanity. 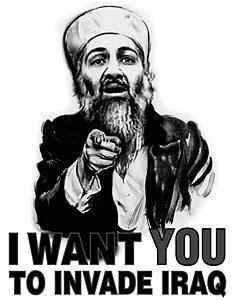 While condemning the 9/11 attacks on civilians, the ILPS also condemns the far more destructive and vicious war of terror being waged by the US and its allies in the name of fighting "terrorism". This war of terror is nothing less than the unrelenting attempts by US imperialism to impose political, military, socio-economic and cultural hegemony on the peoples of the world through the use of military might. The wars of aggression and military occupation of Afghanistan, Iraq and now Libya have brought about far larger civilian casualties than the original 9/11 attacks. The US-NATO global war of terror has masqueraded as humanitarian intervention, protection of civilians and defense of human rights to kill and maim great numbers of people.

In his inhuman and bizarre way, al Qaeda's Osama bin Laden has been extremely successful in provoking and bringing out the unbridled aggressive and terrorist character of imperialism. Even his killing, considered by the US as a major victory in its so-called war on terror, has served to whet the appetite of the US and its NATO partners for worse acts of mega-terrorism. It is also quite ironical that the US and NATO have once more connived with the al Qaeda through its branch, the Libyan Islamic Fighting Group, against the Gaddafi government, thus utterly exposing the "war on terror" as a monstrous and murderous lie.

Estimates show that since 9/11 the US has already spent as much as $4 trillion to fund its wars, occupation and intervention worldwide. The US government under Bush and subsequently Obama, has delivered hundreds of billions of dollars to the US military-industrial complex while reducing spending for social services, entitlements and benefits. The gargantuan military spending of the US is one of the immediate causes of the current US debt crisis.

Ten years after 9/11, the US finds itself bogged down in a historic debt crisis and protracted global depression. Its military forces are overstretched and pinned down in several theaters of war around the globe. The US retains more than 150,000 troops in Afghanistan and Iraq and is now engaged with NATO in a war of aggression in Libya.

Over the past decade, anti-war, anti-imperialist and armed revolutionary movements have risen to resist the US wars of aggression. The American people have repeatedly manifested their opposition to the use of 9/11 for justifying wars of aggression. They have pressed for the withdrawal of troops from Iraq and Afghanistan while protesting the huge military spending at the expense of real economic recovery, state subsidies and social services.

The peoples of Iraq, Afghanistan, Libya and Palestine continue to wage armed resistance to US-led and US-sponsored occupation and aggression. Revolutionary and progressive movements in Asia, Latin America and Africa are at the forefront of the people's struggles for national and social liberation. Countries like Cuba, People's Democratic Republic of Korea and Venezuela are asserting their sovereignty against US threats of aggression. Exploited and oppressed peoples in both imperialist and dominated countries are advancing the struggle against imperialist wars and for redirecting resources to jobs, livelihood, fair wages and social welfare.

It is imperative that the peoples of the world wage militant and sustained struggles against the US and NATO wars of aggression, state terrorism and counter-revolution. It is only through the struggle of the people that the people can hope to eliminate all forms of terrorism and achieve a new and better world of greater freedom, democracy, social justice, all-round development and world peace. ###