The truth about the NPA-AFP encounter in Las Navas, Samar

THE CPP rebuts the psywar spins of the Armed Forces of the Philippines (AFP) and released today further clarification about the controversial December 14 encounter in Las Navas, Northern Samar. Ten government soldiers were killed in action and two more were wounded in a counter-attack by local New People's Army (NPA) forces that the government's military had set out to annihilate prior to the simultaneous holiday ceasefire between the NPA and the AFP. The ceasefire, starting from early morning of December 16, 2010 up to midnight of January 3, 2011, was agreed upon by the National Democratic Front of the Philippines (NDFP) and the Government of the Republic of the Philippines (GRP). 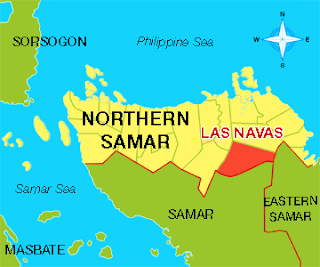 The CPP cited data from a report submitted by the Eastern Visayas NPA's Efren Martires Command about the search-and-destroy operations the AFP launched in the Las Navas-Matuguinao area of Northern Samar for more than a month up to mid-December at the very eve of the ceasefire.

"Since November, the Philippine Army's 8th Infantry Division has been undertaking intensive and extensive military operations in the adjacent towns of Las Navas and Matuguinao. From 150-200 troops from the 63rd IB, 87th IB, and other units of the 803rd Infantry Brigade, more special forces from the Scout Rangers, plus several CAFGU elements have been deployed in the area. The AFP's offensive operation was at its height on December 14, when forces of the 63rd IB were scouring Barangay Sta. Fe, Las Navas to seek and annihilate the local NPA unit operating in the area."

The CPP said that "The 8th ID's commanding officer, Gen. Mario Chan, has been lying through his teeth in claiming that the decimated troops were already returning to barracks to observe the ceasefire. They were, in fact, still in the thick of their search-and-destroy operations, seeking to score against the NPA on the eve of the ceasefire. They knew that the NPA would be constrained from retaliating during the ceasefire period." 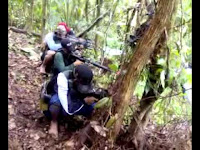 The CPP also berated the AFP psywar spinners for trying to pin the blame on the NPA for the death of a nine-year old that day, explaining that the child was nowhere near the area where the government troops were fired upon, but was swimming in a river closer to where the NPA forces were. "The EMC-NPA reported that the child was either hit by the ambushed soldiers firing indiscriminately, or deliberately shot afterwards by government reinforcements to make fodder for anti-NPA black propaganda. The CPP and NPA welcome investigations by the NDFP-GRP Joint Monitoring Commission and other impartial bodies regarding the matter."

The CPP and the NDF-Eastern Visayas also cited reports of many more human rights violations committed by the AFP's operating troops. Fr. Santiago Salas, NDF-Eastern Visayas spokesperson, reported that the AFP troops that have been launching a month-long military offensive in the Las Navas-Matuginao area committed several acts of murder and other fascist atrocities, including the forcible use of civilians as human shields in their reconnaissance and other operations.

One of those cited in Fr. Salas' report as killed by government troops was a mentally handicapped man, who the government troopers intoxicated with alcoholic drink to try to extract information from him regarding the whereabouts of the NPA in the area. The report narrated that as the man could not say anything about the NPA presence, the government soldiers stabbed and shot him to death, and then threw his body into the river. Fr. Salas' report also mentioned the shooting of a peasant youth who was fortunately able to escape, the indiscriminate bombing of farmlands and destruction of agricultural products.

"The truth about the Las Navas NPA-AFP encounter." 22 December 2010. http://www.philippinerevolution.net/cgi-bin/statements/releases.pl?date=101222;refer=cpp;lang=eng