Because of hectic preparations for the Oslo preliminary talks, I do not have the time to linger on the general tenor of your letter or the onesided spins in the PDI editorial. Let me just answer  what are clearly your two bunches of questions: 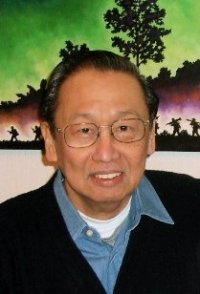 1. The Sierra Madre natives even wondered how the two parties can sincerely talk peace when their armed groups continue to shoot each others to death. Hindi po ba talaga puwede na may ceasefire habang naguusap? Sabi ni Alex Padilla, ipapanukala niya ito sa informal phase ng talks next week. Can I have your reaction on this?

Answer: Prolonged and indefinite ceasefire without first addressing the roots of the armed conflict through basic social, economic and political reforms to lay the ground for a just peace would amount to mere pacification and capitulation of the revolutionary forces and people to the unjust US-dominated ruling system of the exploiting classes, the big compradors and landlords, who are responsible for the ever worsening levels of oppression and exploitation, the poverty, underdevelopment, corruption and state terrorism.

The revolutionary forces and people have always made it  clear that the root causes of all the aforesaid social evils and the consequent revolutionary resistance of the people are foreign monopoly capitalism, domestic feudalism and bureaucrat capitalism.  It is perverse for anyone to suggest that the resistance of the suffering people to their oppressors and exploiters is the cause of  the grave maladies and daily violence of the unjust ruling system.

Like some of his predecessors, Alex Padilla might propose a prolonged and indefinite ceasefire without first addressing the roots of the armed conflict in accordance with The Hague Joint Declaration of 1992.  If he does, that is his own lookout. But I think that he will not force his hand in order  to angle  for the pacification and capitulation of the NDFP and to replace substantive peace negotiations with prolonged ceasefire talks and the prospect of ceaseless preoccupation with claims and counterclaims of ceasefire violations. I do not expect Alex to abandon the substantive peace negotiations in favor of ceasefire talks.

The NDFP side will remind the other side that the NDFP has long put forward the proposal to accelerate negotiations on social and economic reforms in order to pave the way for negotiations on political and constitutional reforms within a few months.  Any proposal to frontload the end of hostilities is regarded by the NDFP as a clear attempt to lay aside the need to negotiate first the social, economic and political reforms.

But without doing away with the existing substantive agenda, the NDFP has also proposed an immediate alliance and truce on the basis of a common declaration of patriotic and progressive principles, including national independence, people’s empowerment, democracy and respect for human rights, economic development through national industrialization and land reform, upholding the rights and livelihood of the working people, promotion of a patriotic, democratic and scientific culture and a truly independent foreign policy.

2. May I ask sir, “With this new bid for peace, what can you promise to the Filipino people? I don’t know how to ask this. Pero marami ang nagdududa sa katapatan ng mga komunista sa panibagong peace talks na gagawin.

Answer: I do not make promises to the people like those in power who take turns in oppressing and exploiting them. What I have always done in my life and what so many other  people have done  is to arouse, organize and mobilize the broad masses of the people to fight for their own national and democratic rights and interests.  I have always pointed out the people’s own demands and aspirations for  genuine national independence, democracy, economic development, social justice, cultural progress and world peace.  These should be expressed in realistic and realizable terms in the comprehensive agreements on social, economic, political and constitutional reforms through the substantive peace negotiations.

Those who merely doubt, denigrate or even demonize the revolutionary forces of the CPP, NPA and NDFP and the millions of Filipino people in the revolutionary mass movement  obviously benefit from the unjust system of oppresion and exploitation.  They keep on dreaming that they can destroy the people’s revolution with sheer military force, psywar tactics and attempts to push the revolutionary forces towards pacification and capitulation.   They seem not to realize that the revolutionary movement has overcome all the military campaigns of suppression and deception unleashed by the Marcos fascist dictatorship and the subsequent pseudo-democratic regimes.

At the moment, the GRP and NDFP sides are determined to hold preliminary talks  to pave the way for formal talks in accordance with The Hague Joint Declaration and other existing agreements. The continuing coordinated propaganda and military attacks on the revolutionary forces and people might be calculated to  interfere with the efforts to resume the formal talks next month.  But so far the responsible leaders of the GRP and NDFP themselves have decided to carry forward the peace negotiations.  In this regard, I do not get distracted by comments, innuendoes, spins and suggestions to do away with the peace negotiations.
Of course, you may publish my answers to your questions.

Prolonged Ceasefire ahead of Basic Reforms Amounts to Pacification and Capitulation. In http://www.josemariasison.org/?p=6001.