Mendiola Massacre January 22, 1987 - The Massacre
Uploaded by kmppio. - News videos from around the world.


Mendiola Massacre according to Bulatlat (excerpts):

The phalanx of civil disturbance control units was comprised of policemen from the WPD, members of the Integrated National Police Field Force, members of the Philippine Marine Corps, and the Marine Civil Disturbance Control Battalion. Behind the line of these fully armed personnel were army trucks, water cannons, fire trucks and two Mobile Dispersal Teams prepared to launch tear gas. 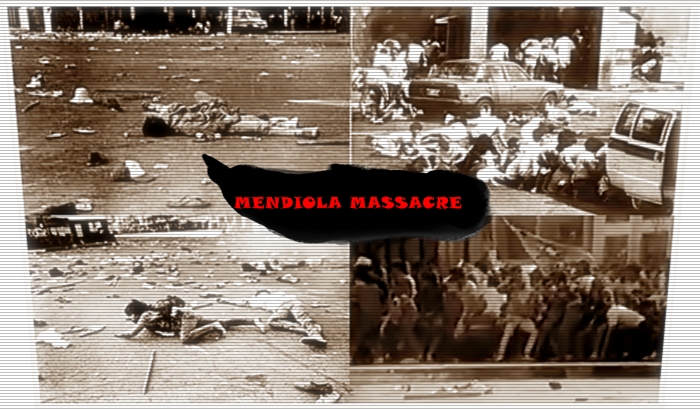 At the back of the marines were four 6×6 army trucks, occupying the entire width of Mendiola street, followed immediately by two water cannons, one on each side of the street and eight fire trucks, four trucks on each side of the street. Stationed farther behind the CDC forces were the two Mobile Dispersal Teams (MDT) each composed of two tear gas grenadiers, two spotters, an assistant grenadier, a driver and the team leader.