IN response to the barrage of legislations in congress and in local legislative bodies which are antagonistic not only to human life in the womb, but to marriage and family life, I summarize this advocacy by declaring the following statements:

1. The proponents of the Philippine Population Program, from the late ‘60s to the present are more aggressive and vocal than ever because of the reluctance of the Filipino People to embrace methods and means to control birth antagonistic to their faith and morals. These programs have been at the initiative of foreign governments, development and funding agencies and interest groups officiously influencing every agency and office of government, especially local governments mainly through soft loans, grants and aid packages to carry out such depopulation policies.

2. The aim of these foreign governments and interest groups is to maintain access to strategic resources to benefit them economically even militarily. (Declassified U.S. National Security Memorandum 200 of Henry Kissinger)

3. Issues of national sovereignty and security as well as the physical health and integrity of Filipinos, have been raised in the face of intrusive interventions into the most intimate and vital aspects of national life – reproductive functions, conjugal and family life even the education of our youth. The term used in the field is “TOTAL INTEGRATED DEVELOPMENT APPROACH.” The terminologies used such as reproductive health, reproductive rights, Gender Awareness, family planning, birth control, planned parenthood, etc., are euphemisms cloaked under coercive programs by interest groups to manipulate behaviour by limiting our choices and desensitizing our values. They seek to dramatically increase prevalence for contraceptive use to achieve an anti-life mindset that would gradually introduce abortion as another form of birth control.

4. Ideologies underlying these policies are violative of Filipino culture and the Philippine Constitution. Moreover, they are incompatible with our Judeo-Christian and Islamic values, also the social teachings of the Church. Our distinctly prolife Charter of 1987 has been marginalized and birth control proponents invoke International law, particularly the 1994 Cairo Conference and 1995 Beijing Conference to further skirt clear constitutional precepts that insure the autonomy and inviolability of marriage and family life. 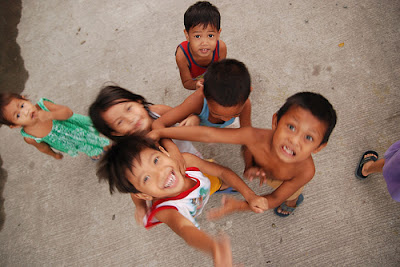 5. Various forms of propaganda and psychological persuasion are employed to accept the debunked myth of overpopulation. This is made a scapegoat to accommodate international economic concessions and demands as well as government’s inability to advance social justice by prioritizing the fight against graft and corruption - the real cause of massive poverty.

6. This anti-natalist agenda is in the guise of many noble advocacies--the alleviation of poverty, the protection of women and children, reproductive health but the main objective is to prevent and/or terminate birth through biological and chemical means clearly against morality therefore against the laws of man and God.

I conclude by exhorting the pro life movement of the Philippines to continue its vigilance against such population control programs. God bless the Philippines.