American People Urged to Fight Back against Fascist Current in Homeland


AT the center of the world capitalist system, the current of fascism is running high. It is whipping up the terrorism scare, racism, xenophobia, anti-migrant prejudices and religious bigotry. The Republican and Democratic parties keep moving towards the Right, egged on by ultra-Rightist groups and sections of the corporate mass media.

The finance oligarchy and the military-industrial complex are deliberately generating the fascist current and its various ingredients in order to conceal the root cause of the financial and economic crisis, to cover up their criminal culpability, to shift the burden of crisis to the proletariat and the people and to scapegoat the anti-imperialist and peace activists, the immigrants, the people of color, the Arabs and Muslims.

The fascist current took a new ugly turn when on Friday, September 24, 2010 the FBI raided at least six houses in Chicago and Minneapolis and began a US-wide intimidation campaign of activists who work with organizations such as the Palestine Solidarity Group, Students for a Democratic Society, the Twin-Cities Anti-War Committee, the Colombia Action Network, the Freedom Road Socialist Organization, and the National Committee to Free Ricardo Palmera (a Colombian political prisoner).

As revealed by the warrants and line of questioning by the FBI agents, the activists are being targeted and pilloried for their solidarity work with the people’s struggles for national self-determination abroad as well as for their work within the US to build a movement to oppose US imperialism, crisis and war. The intimidation campaign has included FBI raids, visits and Grand Jury subpoenas. It is obviously inspired by the reactionary ruling of the US Supreme Court in Holder vs. Humanitarian Law Project on June 22, 2010. 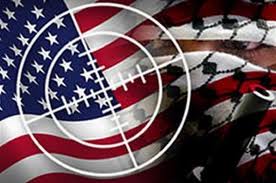 The said Supreme Court ruling has made it a crime to provide support, including humanitarian aid, literature distribution, legal advice, and political advocacy to any entity that the government has designated as a foreign terrorist organization, even when such support is intended solely to promote the lawful and non-violent activities of a designated organization.

Civil rights advocates and a section of the mainstream media have condemned the Supreme Court ruling and have denounced the decision as violative of the US constitution by criminalizing free speech and imposing guilt by association.  On July 26, the Washington Post began publishing an investigative series critical of the extensive counterterrorism and intelligence network put up by the US government in reaction to the 9/11/2001 attacks.

In an interview on Democracy Now, the Washington Post reporters discussed how the top-secret world of US intelligence agencies has become “so large, so unwieldy and so secretive that no one knows how much money it costs, how many people it employs, how many programs exist within it or exactly how many agencies do the same work”. Among the findings: about 854,000 people hold top-secret security clearances; and more than 1,200 government organizations and nearly 2,000 private companies work on programs related to counter-terrorism, homeland security and intelligence in 10,000 locations. The US has practically become the biggest police state in the world.

The Obama administration is not any more gentle and kind than the Bush administration. On September 24 (same day as the FBI raids), it filed a court motion urging a federal judge to dismiss a lawsuit brought by the American Civil Liberties Union and Center for Constitutional Rights against the assertion that the US can assassinate US citizens anywhere in the world, without any clear criteria about who can be assassinated. The Obama administration cited an act on state secrets, prohibiting the public revelation of information prejudicial to national security, as the cover for assassinations.

The US is increasingly applying on its own citizens and other residents in the US the same viciousness and brutality it has applied on entire peoples outside of its national borders. An imperialist power that holds captive and brutalizes other peoples is ever inclined to oppress the people within its borders. Since September 21, 2001, US imperialism has unleashed wars of aggression and has whipped up state terrorism through its allies and puppets abroad. At the same time, it has enacted the USA PATRIOT Act in order to curtail and suppress the democratic rights and freedoms of the people in the US.

We firmly stand in solidarity with all the people in the US and vigorously support their struggle against US imperialism and all its ruthless policies and acts to exploit and oppress. We call on all the member-organizations and allies of the ILPS in the US to contribute the most that they can in arousing, organizing and mobilizing the people of various nationalities in the US to uphold, defend and advance their democratic rights and to resist the latest FBI raids and all other oppressive and exploitative acts of the imperialist state. ### 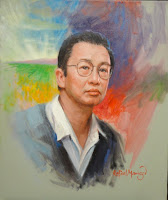 Sison, Jose Maria. ILPS Condemns Rise of Fascist Current in the US and urges the American People to Fight Back. 5 Oct. 2010. http://www.josemariasison.org/?p=5198