The Need for A Cultural Revolution

by Jose Maria SisonArchived Speech, September 30, 1966
delivered at the UP Baguio College, Baguio CitySponsored by the UP Baguio Student Council.

Some persons might argue that the U.S. government had really intended to spread English among the masses by establishing the public school system. They might, with extreme nostalgia, recall the coming of the Thomasites and what had developed from their  work; they might recall how American teachers taught their language better than many Filipino English teachers do today. Foolishly, they are liable to find justification in this for the Peace Corps and other cultural devices meant to perpetuate U.S. imperialist cultural influence among the people.
Those favoring the dominance of the imperialist culture at the expense of our developing national culture are treading treasonous grounds. It is already well exposed by history that the public school system has served essentially as a brainwashing machine for cleansing the people s minds of their national democratic aspirations.
The colonially- tutored children came to know more about Washington and Lincoln than about Andres Bonifacio and Emilio Jacinto. The national democratic concepts of our national heroes were forgotten and only innocuous anecdotes were told about them. U.S. imperialism became in their eyes the liberator and not the oppressor of the people in fact.
U.S. imperialism has found more use in our learning of English than we would have found for ourselves if we developed our own national language. We have about three generations of Filipinos spewed by the imperialist brainwashing machine. The general run of these Filipinos have an intellectual orientation, habits, and consumption attitudes subordinated to the so-called American way of life.
In self-criticism, let us accept how much so many of us have become acculturized to U.S. imperialism. To propose that we embark on a genuine program of national industrialization and agrarian revolution is to become extremely “subversive.” We are eyed with suspicion by some just because we had dared to challenge the colonial character of the economy and, therefore, of the prevailing politics.
We must propose the Filipinization of schools, the press, radio and other media which are decisive in the conditioning of minds. Because in the hands of foreigners, these constitute direct foreign political power and intervention in our national affairs. These media of education and information immediately direct public opinion and, as it has been since the coming of U.S. imperialism, they have served to keep permanent our cultural as well as our political bondage.
The cultural aggression of U.S. imperialism in our country continues unabated. It takes various forms.
The U.S. Agency for  International Development has a decisive say on educational policies at the highest governmental level. Textbook production and procurement are directed by it in the Department of Education. Multifarious projects designed to execute directly U.S. foreign cultural policy are actually supported by the counterpart peso fund which we provide. To a great extent, the Philippine government is actually subsidizing USIS and other forms of “clasped hand” propaganda.
In a strategic place like the University of the Philippines, General Carlos P. Romulo continues to open the door to foreign grants from such foundations as Rockefeller 77
Foundation and Ford Foundation. He has sought loans from foreign financing institutions like the World Bank for the purpose of his so-called five-year development program. The naive teacher, student and administrator in my Alma Mater might think that Romulo is doing a fine job for us. But actually, he is doing a fine job for the cause of cultural imperialism which is in the service of U.S. monopoly capitalism.
We have to examine closely the present proliferation of institutes and research projects in the U.P. which are meant only to accommodate the cultural agents of the U.S. government, both American and Filipino. We have to examine how much U.S. imperialist advice and actual direction has affected and will affect the curricula and materials for study. We have to examine closely what is the whole idea behind the $6 million World Bank loan to the UP. How, for instance, is this related to present plans and operations of Esso fertilizer, International Harvester, United Fruit and others? We should inquire more critically into the increasing physical presence of U.S. imperialist personnel in UP. The U.S. government plans every step it takes in consideration of the monopoly interests it must represent in its foreign policy. Unlike the Philippine government, the U.S. government takes its action in the cultural field on the basis of national interests. 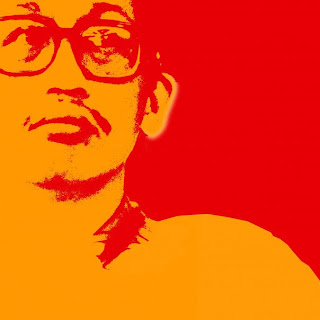 The pensionado mentality among our brighter  students, teachers and professors have become so instilled that to promote their career it is a “must” for them to take one American scholarship grant or another. We must be critical of their mentality and we must pursue a new cultural revolution that should put in order the values of those who have fallen prey to this mentality. They go to the United States only to learn concepts and cases that do not apply on the concrete experience of our people. Their thinking is completely alienated from the masses and at most they become self- seeking careerists.
There is a worse kind of Filipino professional than the one who finally returns to this country. He is either a doctor, a nurse or some other professional who prefers to stay in the United States as a permanent resident or who tries to become an American citizen. This type of fellow is a subtle betrayer of his country and, in the most extreme cases, a loud-mouthed vilifier of the Filipino people. He goes to the foreign land for higher pay and that is all he is interested in. He does not realize how much social investment has been put into his public schooling from the elementary level and up, and he refuses to serve the people whose taxes have paid for his education. We criticize him but we must as well condemn the government that allows him to desert and that fails to inspire him to work for the people.
While there is an apparent exodus of our bright young men and women to the United States and other lands under the direction of the U.S., the U.S. government ironically sends the Peace Corps and encourages all sorts of projects (many of which are CIA- directed) intending to send young American men and women abroad. Whereas these young Americans are going to our countryside guided by the foreign policy of their government, our bright young men and women are abandoning the countryside to crowd each other out in the city or to take flight entirely from their country.
We refer to the Peace Corps here as a challenge to our youth. These agents of a foreign government are here to perpetuate their government s long- standing policies and cultural influence. They are agents of renewed U.S. imperialist efforts to aggravate their cultural control; thus, they are described as the new Thomasites.
The presence of U.S. imperialist agents of one sort or another in our countryside poses a threat to the development of a national democratic movement among us. Beyond their  role of showing pictures of New York and Washington to impressionable children is the counterinsurgency rationale behind their organization.
While these sweet boys and girls in the Peace Corps are now immediately creating goodwill (which is a euphemism for political influence) and performing intelligence functions, these same sweet boys and girls can always come back with new orders from their government. This counterinsurgency aspect and psywar and intelligence value of the Peace Corps are what make it subversive to the interest of a national democratic movement.
The Filipino youth should go to the countryside to learn from the people and to arouse them for  the national democratic revolution.

The Devaluation of a Hero & Promotion of a Counter-Hero: Where's Andres Bonifacio in the 5 Peso Coin? Make it P2.00. [Bonifacio series III]