We, the International League of Peoples’ Struggle, firmly endorse and vigorously support the anti-imperialist and anti-war marches and rallies to be held in New York City on April 9 and in San Francisco on April 10 under the auspices of the United National Anti-War Committee (UNAC).

We must unite with the people in the belly of the superpower beast who stand up and fight for their rights against the escalating levels of exploitation and oppression right within the US and abroad. Their struggle is of crucial global importance because they are in a position to strike at the very heart of the world capitalist system and at the very center of imperialism from which crisis, plunder and war are generated and unleashed. 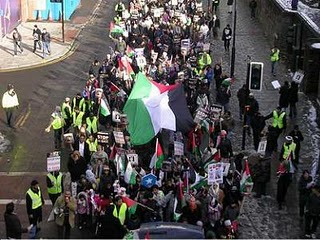 The American people are fed up with an unjust and irrational system in which the monopoly bourgeoisie has all the privileges of tax cuts, gilded contracts with the state, liberalization, privatization, deregulation and the denationalization of underdeveloped economies and all the freedom to extract superprofits from the exploitation of the working people and further accumulate capital through sheer financial manipulation and speculation.

And when the economic and financial crisis results from the decline of wages and the abuse of debt financing, public money is used to bail out the big banks and corporations, to let them make profits in their books of accounts and to revive the financial markets and not to generate production and employment in the real economy.

As the crisis in public deficits and public debt escalates, austerity measures are adopted at the expense of the working class and the entire people. Education, health and other social services are cut back and become expensive. The wage level, unemployment relief, health insurance, pensions and other hardwon social benefits are eroded. The trade union and other democratic rights of the public sector employees and the rest of the working class are further attacked and curtailed.

And yet the monopoly bourgeoisie continues to receive tax cuts, overpriced supply contracts with the state for the military and bureaucracy and all kinds of financial and military guarantees for US investments abroad. Public appropriations for social services are being squeezed but military expenditures keep on expanding for weapons production, deployment of military forces and wars of aggression.

We support the American people in marching and rallying against the government, corporate and financial powers that wage war, ravage the environment and the economy and trample on democratic rights and liberties. Like the rest of the people of the world, the American people want social justice and peace, a healthy environment and a society that prioritizes human needs, democracy and civil liberties.

We support the just demand of the American people for the withdrawal of US troops, mercenaries and war contractors from Iraq, Afghanistan, Pakistan and other countries. The US must end the sanctions and war threats against the people of Iran, North Korea, Libya and Yemen. The US must cease and desist from plunder and war in Latin America, Caribbean, Asia and Africa. US aid to Israel and US support for the Israeli occupation of Palestine and the siege on Gaza must end. The US must cease to support repressive regimes.

We support the just demand of the American people that trillions of dollars of public money, originating from the hard work and taxation of the people, must be used to create jobs, guarantee education, provide social services, end all foreclosures on homes, make possible quality single-payer healthcare for all, realize a sustainable and planet-saving energy systems, expand the public transport system and provide reparations to the victims of US terror at home and abroad.

We support the just demand of the American people for the end of the following: FBI raids on anti-war, social justice and international solidarity activists; the racist persecution of Muslim communities, organizations and individuals; police terror in Black, Latino and Native American communities; the criminalization and violation of the rights of immigrants; the repression and punishment of the Wikileaks founders and contributors; and abductions and torture, rendition, secret trials, drone bombings and death squads.

We of the ILPS look forward to the success of the marches and rallies in the US and elsewhere on April 9 and 10 and in subsequent times. We are ever hopeful that a growing anti-imperialist and democratic mass movement in the US will counter the escalating rapacity and barbarity of the US monopoly bourgeoisie and will bring about better conditions not only for the American people but also for the people of the world.### 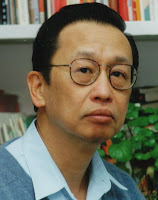