READERS beware! If you want to get the truth regarding the recent national elections, go beyond what you get from the mainstream media. Do your own research. Check the facts on the ground. Ask what your friends experienced. Connect the dots yourself. Come to your own conclusion. In this way, you will protect your mind from being manipulated by unseen powers that lurk behind the country’s media establishment. 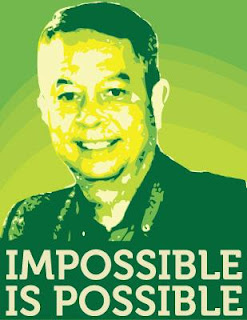 The “Good job” editorial of the Philippine Daily Inquirer (PDI) captures the euphoria over the rapid success of the elections. In its May 12, 2012 editorial, two days after the elections, PDI wrote the following:


“Contrary to the most dismal expectations, . . . the country’s first nationwide automated elections have turned out to be a success. . . . the May 10 vote marked a true rite of passage. Our electoral system has finally caught up with the 21st century. . . . . For now, and while taking into consideration the remaining uncertainties in the election, our civic duty is to commend the many people who helped turn the first computerized polls into a success.”

Understandably, amidst this sudden euphoria, when I did not concede victory to Aquino due to evidence of massive fraud in the elections, the gatekeepers in media started framing my decision as “sour grapes” or “sour loser”. They also distorted the facts in my press release or media interviews. And, if I did come out in the media, they would often attach “losing” presidential candidate to my name, to implicitly emphasize that I was a “sour loser”. They did not want to bring out that I was questioning the outcome of the elections, not for myself, but because it was the product of a fraudulent process and thereby endangered our democracy. (See my press statement, “I am not conceding”) Oftentimes, they would simply censor my comments and give a one-sided account of subsequent events that followed.

However, no one can suppress the truth. No one can overcome the truth. And indeed the truth regarding massive fraud in the elections started to surface all over, despite media bias against incidents of fraud.

News surfaced about 60 PCOS machines stored illegally at the private house of one Smartmatic technician. Irregular transmission dates were found in one of these PCOS machines. Reports also came out about flash cards found in the garbage dump in Cagayan de Oro City, implying an attempt to remove evidence of fraud. Alert citizens and IT experts also discovered that all election returns (ERs) were transmitted without the required digital signatures, a clear violation of RA9369, the law that authorized the establishment of the automated election system. Canvassing of votes cannot take place because the ERs are not valid. Further research by various groups has also revealed that COMELEC has violated more than 50% of the provisions of RA9369. This meant that the recent national elections were fraudulent, thereby also making the election results illegal. Then recently, several whistle blowers surfaced claiming massive fraud in the recent 2010 elections.

With these developments, media headlines started to slowly change, albeit begrudgingly and reluctantly and even antagonistically. They started carrying stories of fraud. “Erap focuses on ‘hocus PCOS’, an ‘electronic Garci’ system”. “Watchdogs call for probe of ‘poll irregularities’”. “Three losing pres’l bets troop to SC”. And so on.

“Now, some people are having second thoughts: the automated elections system may have its faults, after all. . . . . The most prominent of the critics is deposed President Joseph Estrada . . . Estrada is refusing to concede saying that he is gathering evidence showing discrepancies in the transmitted results and other alleged irregularities. Three other presidential candidates, Senator Maria Consuelo “Jamby” Madrigal, Nicanor Perlas, and JC de los Reyes, have not conceded either saying that, while they may not win the presidency, they want to know the whole truth about the results of the presidential elections. . . . .

“That the new automated election system is being subjected to a thorough examination and critique by various sectors of society is a healthy sign for our democracy. It shows that voters are not content with just voting and receiving fast results; they want to be assured that the entire process is fair, accurate and credible. Elections are the instrument by which the will of the people is expressed. If the electoral system can be subverted, then we will not know how the people really decided.”

The PDI editorial marked the passage of the country from misinformed and naïve euphoria of a “stunning” “successful” election, to the messy reality that massive fraud may have been perpetuated in the recent national elections.

No matter what happens to the fate of the whistleblowers who have recently surfaced and the increasing number of impossible results being uncovered, one thing is clear. Mainstream media is not neutral. They have their preferences and interests to protect. They wield massive cultural power to convince millions that their interests and preferences are the truth, are the reality.

Do not yield to their mind games, to their mind manipulation. Stand firm. Make your own independent decisions. The emergence of truth about the national elections will depend on our collective deprogramming from the frontal mental attacks of media. And this truth will determine the future of our country.

Perlas, Nicanor. Beware and Overcome Media Manipulation. 21 May 2010. http://www.nicanor-perlas.com/News/beware-and-overcome-media-manipulation.html
Posted by Jesusa Bernardo at 1:24 AM

Sir Nic, pls help me in mobilizing this petition.... and hopefully we could have the participation of other candidates with this matter. Also, it wud be much better if we will organize an interfaith vigil to back up this petition. Im looking forward to your immediate response.