During the 2010 presidential campaign, there were times I got to sit beside President Aquino as often as 2 times a week since the seating arrangement was in alphabetical order. He could be kind but when he heard something he did not like he exuded intolerance and insensitivity. I am not surprised about his overbearing demeanor. I had a number of spats with him because he thought he could bully me just as he bullied Corona and Guiterrez.

He was quite piqued when my answer to the question, "what will you do with GMA if you are 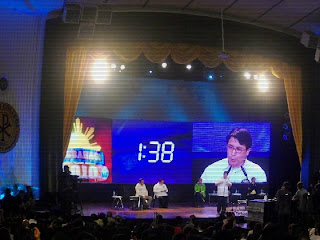 president?," was, we should not focus on GMA alone but all former presidents and their cronies and sycophants who robbed the people (in retrospect, the SC saw a violation of the equal protection clause. This is somewhat similar to the Truth Commission declared unconstitutional in Bangladesh). He rudely interrogated me and demanded to know what his mom did during her term to warrant an answer as what I gave. 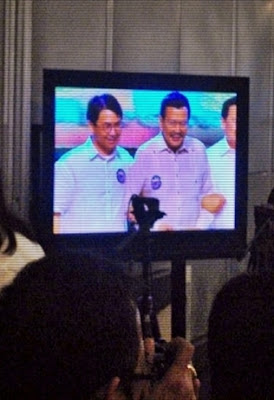 I was dumb-founded as Cory was the last person I was alluding to (although she in my mind has tolerated the perpetration of family dynasties for the last 25 years in the persons of the political dynasts Binay, Ampatuan, Abalos, Belmonte, and many more. She was uncommited and haphazard to the Constitution named in her honor, example, land reform, political dynasty prohibition, freedom of information, etc)

Aquino also lambasted me publicly during the Human Rights forum in the Intercon Hotel because of my stand on gun control and the RH bill. He said, "akala niyo kasi kayo lang ang magaling at mabait!," and, "sumusulpot lang kayo tuwing eleksyon!" He also said I am desperado because I criticized both Villar and Aquino for using children during the campaign. More so, "anong klaseng tao yan si Pacheco, nagwalk out sa committee hearing dahil pinipilit niyang ipapasa yung gun control bill niya!" 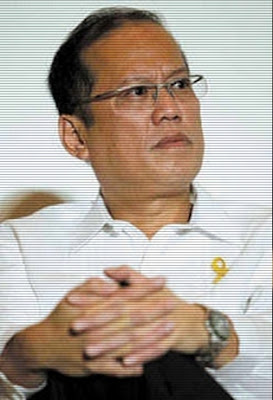 In my mind, if I could make a political stand against my own blood (the Gordon Family), engaging in a bloody exchange with him would be chicken feed as I dont mind being brutally frank with traditional politicians. But I kept my cool. I thought to myself, he criticized Kapatiran party but these Liberal Party people recruited turn coat senatorial candidates from Kapatiran, Alex Lacson and Martin Bautista who is pro RH bill (good-riddance!).

Aquino is dangerous in the sense that he is stubbornly opinionated! I pray for him. Actually, we are alike as I am also "sugod baboy" when it comes to fighting what I perceive is wrong. The difference, in my opinion is, I value reflection,  I sought to surround myself with men who love God and the Church and that I will never hit anybody already down or someone who can't defend himself there and then.