WE, the International League of Peoples’ Struggle, condemn in the strongest terms the imperialist war of aggression being launched by the United States of America, United Kingdom, France and their allies and puppets against Libya and the people of Libya. 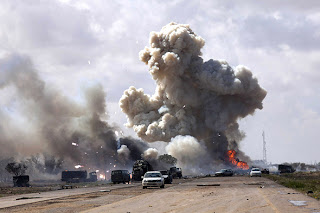 This war of aggression is a gross violation of the national sovereignty and territorial integrity of Libya. It is being carried out under the pretext of saving the lives of Libyan civilians but in fact it is planned to kill and injure great numbers of Libyans and destroy not only the air defense capabilities but also the social infrastructure of Libya, as earlier demonstrated in the devastation of Iraq.

The objective of the imperialist powers headed by the US is to install a puppet regime of ultra-reactionary pro-imperialists masquerading as democrats but shamelessly flying the old flag of the defunct Kingdom of Libya and to tighten foreign monopoly capitalist control over the oil, gas and other natural resources of Libya and the Libyan people. 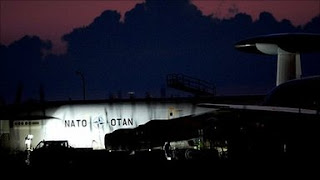 The bombardments by war planes, cruise missiles and naval artillery so far carried out against Libya by the Western imperialist powers are the beginning of a multi-phased scheme to destroy the economic, social and defense facilities of Libya, allow the Libyan puppets to receive weapons from abroad, exacerbate the conditions of civil war and ultimately throw wide open the door to the imperialists as in Iraq.

Unlike in the other mass uprisings in North Africa and Middle East where anti-imperialist, communist and other Left organizations are involved, ultra-reactionary politicians and military officers long cultivated by the Western powers through educational and military exchanges are overwhelmingly and openly in control of the anti-government actions in Libya. 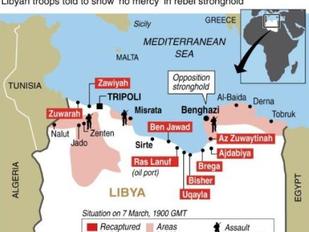 We call on all member-organizations and allies of the ILPS throughout the world to initiate and participate in campaigns and activities to arouse, organize and mobilize the broad masses of the people against the imperialist powers headed by the US for launching the war of aggression and likewise against the Libyan puppets. ###

Sison, Jose Maria. ILPS Condemns Imperialist War of Aggression by The US, UK and France Against Libya and Its People. 20 March 2011. http://www.josemariasison.org/?p=7420