In Support of the Egyptians vs. the US-backed Military Regime

THE International League of People’s Struggle (ILPS), with over 300 member- organizations from all regions of the world, conveys most militant greetings of solidarity and support to the Egyptian people on the occasion of the International Day to Defend their struggle for freedom, human rights and social justice on 12 November 2011. 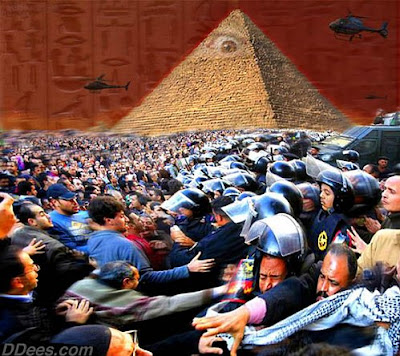 We support the people’s movement to stop the killings of activists and protesters, the incarceration of those who dare expose the repression and exploitation of the Egyptian people, the violence committed against Egyptian women, and the climate of fear and terror that the ruling Supreme Council of the Armed Forces (SCAF) is spreading to snuff out the burning desire of the Egyptian people for fundamental changes.

The continuing stranglehold of the military on the Egyptian political system is directed by US imperialism to suppress the people’s movement that has surged in Egypt since January. The US is hell-bent on maintaining its neocolonial control of Egypt and preventing the uprising of the Egyptian people from turning into an anti-imperialist struggle.

Egypt has long been dominated by the US economically and militarily. It has been under a US puppet regime

that plays a crucial role in the US-Zionist offensives against the Arab and Palestinian people. Since 1975, the US has poured in more than US$50 billion in the country to prop up and use the Mubarak regime as a despotic tool of US interests.

In this period when the people of Middle East and North Africa are rising up to assert national independence and democratic rights, the US is frantically trying to retain a new set of puppets in order to perpetuate control over the vast energy resources of the Middle East and Africa. Egypt is a strategically important US neocolonial base in the region.

The SCAF is dependent on US military support that runs at US $ 1.8 billion in the current year. It is directed by the US to conduct a campaign of suppression against the Egyptian people’s resistance. Both US imperialism and the persistent fascist Egyptian military regime are responsible for the bloody crimes against the people.

We are inspired by the courage of the Egyptian people in continuing the struggle for fundamental economic, social and political changes despite the tremendous odds. We urge them to persevere and intensify their struggle. Only through revolutionary struggle do they have a chance to overcome the escalating oppression and exploitation brought about by the worsening crisis of the world capitalist system.

It is necessary for the Egyptian people to link up their resistance with that of other peoples in the Middle East, Africa and the entire world. Through their concerted struggles, the peoples of the world can inflict powerful blows on the imperialist powers and the puppet regimes and aim for the realization of greater freedom, democracy, social justice, development and world peace.

We in the ILPS salute the heroic people of Egypt. We stand with you in your fight against the brutality of the US-directed military regime and for your national and social liberation from the scourge of imperialism and the local reactionary classes. You struggle is our struggle and your revolutionary advance is ours.###