....Gen. Antonio Luna, as chief of staff of the revolutionary army, had collected a sizeable sum from contributions with which to pay his soldiers. The person who collected for him was Tiburcio Hilario, Pampanga governor. Hilario's granddaughter, Ambassador Rafaelita Hilario Soriano, relates that her grandfather kept the gold and silver in sacks, including gold plates, chalices and other church treasures taken from Bacolor, San Fernando and Guagua.

After losing an encounter at Sto. Tomas, Pampanga, Luna ordered Hilario to bring the valuables to Tarlac, where the revolutionary government planned to establish its capital.

General Luna, so the story goes, then turned over the treasure to Ysidra Cojuangco, Melecio’s sister then an attractive 32 year old woman, for safe-keeping. The Luna proceed to Cabanatuan to meet with Aguinaldo, and was assassinated.

Why did the Ilocano general entrust Ysidra with the treasure? Rumors had it that she was his sweetheart and lover, and trusted her to keep the treasure till he returned.

Ysidra Cojuangco bore a child out of wedlock, and it was suspected that General Antonio Luna was the father. 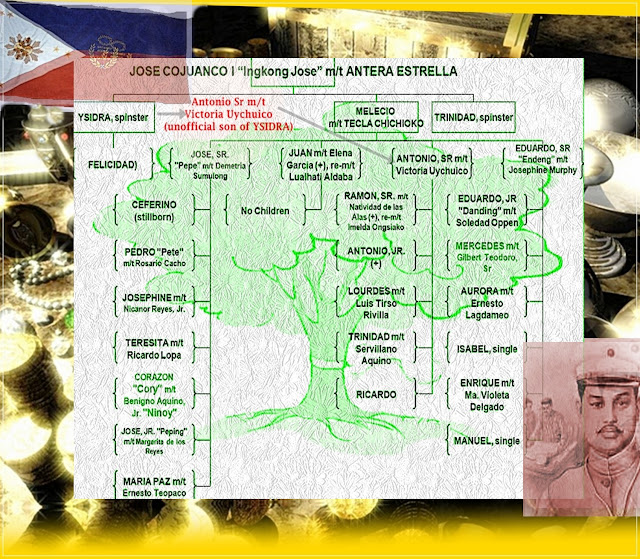 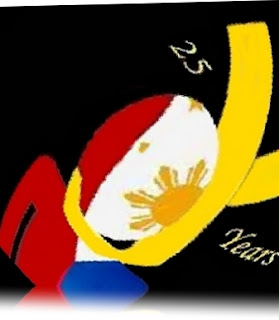 Even the biographical book on the late former President Corazon Cojuangco Aquino alludes to the relationship between Ysidra (Isidra) Cojuangco and "a revolutionary general" who is none other than Gen. Luna.

You judge, readers. By the way, in commemoration of the 25 Years of EDSA 1, said by a number to be more of a scourge than a blessing, you might want to read this book about Cory for free in its entirety.


Here's the book "Cory--profile of a president" (Brandern Books, 1987)  by Isabelo Crisostomo. Go to page 8 ( or search for "Isidra Cojuangco") for the part about Isidra Cojuangco y Estrella, the aunt of the former President's father and unacknowledged paramour of Gen. Luna.