To Pres. Erap Estrada: A Pleading NOT to Concede

Pres. Joseph "ERAP" Estrada, I beg you to please NOT concede to the Yellow Cheat.
You said this is the "final, final performance" of your life. Continue then for the worthy, principled cause of searching for the May 10, 2010 ELECTORAL TRUTH. 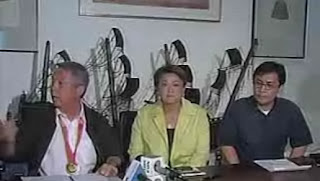 Hindi po kayo nag-isa at kasama ninyo kami. Nandiyan din po ang ma-prinsipyong sina Sen. Jamby Madrigal,  G. Nicanor Perlas, at G. JC de los Reyes. These three fine lady and gentlemen presidentiables, who have endured the malicious ridicule of the yellow media and civil (daw) society, have acknowledged their defeat in the elections but chose not to concede in the face of apparent massive fraud. 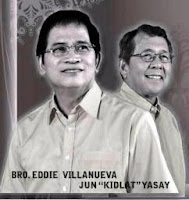 Nick, Jamby and JC, while tailenders in the Comelec tallies, are most worthy of the Filipinos' accolade because despite the fact that they have nothing to gain but possibly everything material to lose, they elect to boldly uphold the patriotic duty to ensure that the sanctity of the Filipinos' ballot is preserved. Bro. Eddie Villanueva and his running-mate, Mr. Perfecto Yasay, seem also trekking the difficult path of searching  for the truth in the recent democratic exercise to chose our leaders. These beprincipled modern-day heroes and heroine are your unwitting patriotic allies in uncovering the truth of the automated fraud in the recent elections, Pres. Estrada.
As the second front-runner in the  Comelec count, you logically seem to have been the target of the apparent automated electoral fraud. Thus, you should not concede because to do so is tantamount to condoning electoral fraud, trampling upon the expressed rights of the people, and giving away the Republic to the hands of crooks, liars, and high-level criminals.
With all due respect, I humbly ask of you not to repeat your past mistake in EDSA 2 when you  sacrificed your position and the vote of the sovereign people to avoid confrontation with the seditious mob in January 2001. The result of that well-meaning mistake has been nine years of a reign of impunity by Gloria and her cabal of thieves, cheaters, and liars. An evil Illegitimate's reign that not only smashed the Filipinos' moral fiber but, as well, led to unparalleled hunger and killings, and death from extrajudicial executions, warlord-perpetrated massacres or negligence by sheer misappropriation of disaster funds. 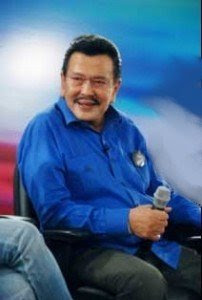 By opting not to confront the EDSA 2 conspirators and mob, President Estrada, you ultimately did not save Filipino lives but lost many, and much more. If you opt to abandon the fight for the presidency now, you could be delivering motherland to a most undeserving, if not dangerous, administration.
The TRUTH, upon which are hinged the moral and democratic sanity of the Philippines, is worth fighting for, perhaps even dying for. Kayo po ang nasa posisyon upang maibalik ang dangal na nanggagaling sa pagkakakilanlan ng mundo sa kakayanan ng ating lahi na galangin ang tunay na boses ng mga mamamayan.
Please lead the nation in upholding our democratic ideals. Do not concede to a fraud. With the help of the true God that does not condone cheating, neither power grab, and does not discriminate between the "great unwashed" and the perfumed, washed masses we will succeed, Mr. President.
Posted by Jesusa Bernardo at 7:36 AM