Posting the May 10, 2010 ballot images in the Internet will restore the democratic principle of counting in public

Halalang Marangal (HALAL) welcomes the positive responses to its proposal that the ballot images now on memory cards [in connection with the May 10, 2010 Philippine automated electoral system or AES elections] be unencrypted and made public. With this statement, we want to respond to the objection that our proposal violates ballot secrecy. 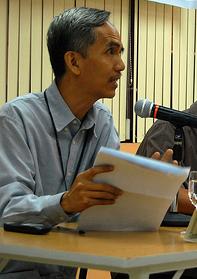 The two basic electoral principles in a democracy are voting in secret and counting in public.

Voting in secret. This means keeping a voter’s choices secret from others, shielding the voter from pressure or harassment and making vote-buying dificult. Putting the ballot images online does not violate this secrecy, because a ballot and its image do not contain the name of the voter who cast it. In the manual system, ballots are also opened and counted in public without violating ballot secrecy.

Voting in secret does not mean keeping a voter’s choices secret from himself. In fact, this is what the Comelec did when it ordered the voter verification feature of the PCOS machines disabled, keeping the electronic ballot secret from the voter himself.

Counting in public. Votes represent the collective voice of the people. Counting votes in public is therefore a basic feature of a democracy. The PCOS machine denied voters and candidates the right to see the votes being counted and tallied. In effect, our votes were counted in secret, not in public. This secret counting of votes is a big step backward, compared to the old system where voters and candidates were able to see with their own eyes if their votes were being registered, counted and tallied correctly. 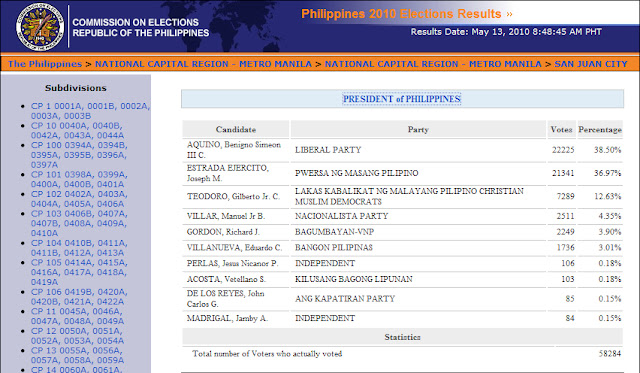 Because it was going to be a public count of votes in only 1,145 out of 76,347 precincts, the random manual audit was a poor substitute to public counting. The audit had other flaws as well:

The HALAL proposal to put ballot images online makes up for the secrecy surrounding both the automated counting of ballots and the subsequent audits of these machine counts. It restores the public counting of votes in the electoral process. We suggest that its coverage be extended in three stages: first, the 1,145 precincts covered by the audit; second, all precincts covered by local electoral protests; and third, all the 76,347 precincts in the country. Let the ballot image files on the CF cards of these precincts be unencrypted and released to the public through the Web and on DVDs, so that the public may go through every ballot image in any particular precinct and compare its count with the count posted on the Comelec website or the audit count arrived at by the audit team.

Allowing the public to actually count the votes in the ballots, as we have always done in the past, should settle once and for all public concerns about the accuracy and integrity of the automated elections.

We ask all to add their voices to this proposal, so we may count our votes in public once again.

The name is Roberto Verzola, not Rolando.