WE, the International League of Peoples’ Struggle, condemn US President Barack Obama for signing into law last December 31 the National Defense Authorization Act (NDAA), with its so-called Homeland Battlefield provisions, which allow the US military to arrest and detain indefinitely US citizens without due process.

This reprehensible anti-democratic law is a further step in the fascisation of the US ruling system. It further develops the legal infrastructure for fascism, as earlier laid down by the USA PATRIOT Act of 2001 in apparent reaction to 9/11. The US monopoly bourgeoisie and its chief political agents, from Bush to Obama, have generated the anti-terrorist hysteria to justify imperialist plunder and war and the suppression of civil liberties in the US and abroad.

Once more the dictum is proven that no country is free that oppresses other countries and peoples. The US monopoly bourgeoisie is driven to stifle the basic rights and freedoms of the American people in order to suppress their growing protests and demands against the escalating rapacity and cruelty of the capitalist system in crisis and to allow imperialist plunder and wars of aggression to run rampant with impunity. 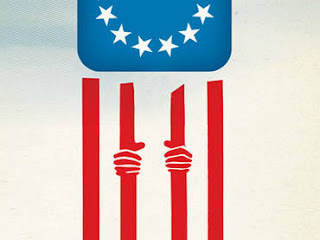 The US has maliciously used the nearly 3000 killed in the 9-11 attacks as pretext for the imperialist wars of aggression since 2001 and in the process caused the violent death of thousands of its own troops and hundreds of thousands of civilian deaths in Afghanistan, at least 1.5 million in Iraq and more than 100,000 in Libya. Thus, 9-11 has been compared to the Reichstag fire, especially because of the long-time links of the CIA and the Al Qaeda masterminds. 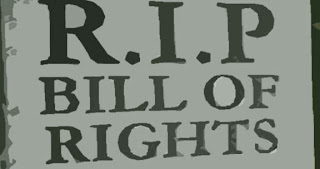 The NDAA signed into law by Obama provides the hefty amount of USD 662 billion for the US military. It also pushes strong sanctions against Iran and its Central Bank , particularly for impeding oil exports and payments, under the pretext of hampering the nuclear research program of Iran. In fact, the sanctions aim to make war provocations as part of a US-Israel scheme to overthrow regimes, like Syria and Iran, which are staunch supporters of the just cause of the Palestinian people.

In view of the relentless worsening crisis of the US and world capitalist system and the fascisation of the US ruling system, we the ILPS anticipate greater troubles ahead in terms of imperialist plunder and war and the further rise of state terrorism on a global scale. We therefore urge the peoples of the world to raise the level of their fighting unity and militancy along the anti-imperialist and democratic line and struggle ever more vigorously for greater freedom, democracy, development, social justice and world peace.###